This was not my first lecture from Mr. Sid Wuo. I first met him as one of our speakers during the International Business certificate course I took in BCAS last year. I was late for that lecture and I still kick myself in the foot for that one. I missed out on a sizable part of his lecture on Business Canvas Model then. That is why I am so happy I finally got a do-over and I made sure to be very early this time. As a matter of fact, I was early enough to have some time to exchange pleasantries with him. That gave me an opportunity to get to know him better and more importantly, pronounce his last name correctly, which by the way, is Wuo with a V sound as he revealed his Finnish roots.

He started off by saying that everything we learned about the typical business plan, we can forget about. Junk it! Throw it away. Empty your mind. Tabula rasa.

This after we had just had our brains squeezed dry from all those various types of analysis methods from our last module. But I digress. He introduced this model as a fairly new concept that was developed around 2012. As far as he knows, only a few universities and business schools have adapted this type of research medium. He went on to explain that as far as research methods go, this is the most flexible as you can apply it to a company with a population of 1 to 1 billion (and more). It is also the most portable as the whole plan fits right into a single sheet of paper composed of 9 building blocks as follows:

After he was done explaining each component, he divided the class into 3 brainstorming groups where we were supposed to come up with a business plan for a fictional or an existing business using the Business Model Canvas Methodology. One group had a catering company, the second one had a domestic services business, and ours was a retail online company called Luxe On-demand patterned after an existing business by one of our team mates, Josh Fernandez. The founder of the business is actually his mom Marilyn and he just helps in the day-to-day operations. The concept of this business is very simple but it fills a need. It makes high end aspirational goods like designer shoes and bags more accessible to the middle class income earner by allowing them to purchase it on terms of up to 2 months for a certain percentage of interest.

The activity was a brilliant idea as we weren’t just sat there listening to someone drone on and on. We were engaged, animated, learning a lot from each other while having fun. We then had to present our business plan to the class and in this way we got to learn, critique and sound off on each project. At the end of that class, we all felt we’ve accomplished something tangible and we all agreed that it is indeed the easiest and most portable business plan you can ever have. I felt more confident in proceeding with my business ideas after knowing about this methodology.

The second part of the lecture talked about how to set up a business in Barcelona. Yet again, another practical but very important talk I didn’t dare to miss. I liked how as a lecturer, Mr. Wuo draws from his and his clients´ personal experiences, using them as concrete examples for each point that he wanted to come across. As I am the type of learner who remembers stories and shared experiences more than enumerated factoids and bullet points, his style really resonated well with me. He started off with some examples of some businesses he has opened up like a school, a co-working space, and a company that built pools. He also discussed how important it is that from the beginning we are able to figure out what type of company we want to set up as this will have a huge impact on costs and taxes later on when you are already knee-deep in your startup. From getting your NIE, registering the company, getting the CIF, opening a bank account for your business, down to registering for social security, everything was thoroughly discussed, nothing was left to chance. He even gave us a list of government institutions in Barcelona that can help us with our startup business.

I would say that as an entrepreneur eager to start my own business in Spain, the content of Mr. Sid Wuo´s 2-part lecture hit the nail in the head. Armed with that knowledge alone, I feel like I can already start my business tomorrow with the invaluable information he has given us. I will definitely heed his advice about junking the traditional business plan and going with the Business Model Canvas Methodology from now on. It was such an honor and a privilege to be mentored by Mr. Sidney Wuo.

If a batch is already ongoing, there’s no need to worry. You may opt to pre-register and we’ll notify you ahead of schedule for the next one. You may also consult and discuss your availability with the academe for any concern. 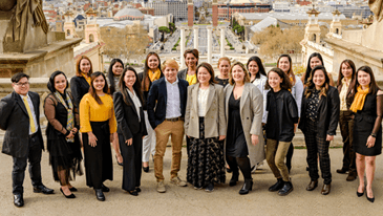 The Visionaries. The Innovators 2021: The 2021 ISASS-BCAS Yearbook 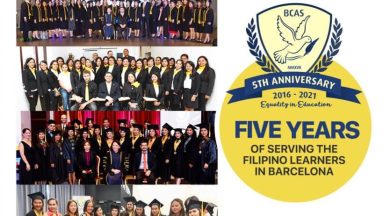 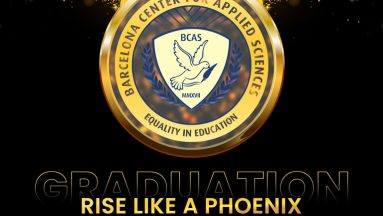 Congratulations to our new 2021 Graduates! 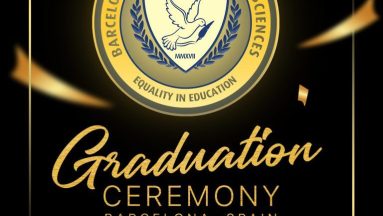 Congratulations to our new 2020 Graduates! 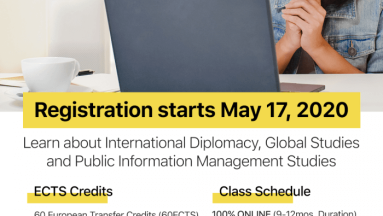 The Visionaries. The Innovators 2020: The 2020 ISASS-BCAS Yearbook